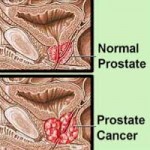 The way that the metabolism processes fat differs in African American men and Caucasian men. The first large scale study, by the Fred Hutchinson Cancer Research Center, on this topic examined how the metabolic impact of race and obesity affected prostate cancer risk. Current statistics, based on the National Cancer Institute, reflect that African American men have the highest prostate cancer rates of any racial or ethnic group in the U.S., they tend to get more aggressive forms of this cancer and are more than twice as likely to die of the disease as compared to white men.

The population group consisted of 35,000 men from across the U.S., Canada and Puerto Rico. Study participants, including nearly 3,400 African-American men who were followed carefully for the development of cancer and other diseases, and a single study pathologist examined prostate tissue from the men diagnosed with prostate cancer to determine whether it was low- or high-grade disease.

“For unknown reasons, African-American men have a much higher risk of prostate cancer than non-Hispanic white men. Different effects of obesity might explain at least some of the difference in risk and, more importantly, preventing obesity in African-American men could substantially lower their prostate cancer risk,” Alan Kristal, Dr.P.H., a member of the Fred Hutch Public Health Sciences Division, said.

“Given that obesity is more common among African-Americans, [the prostate cancer-obesity connection] is an important question to study, as it may shed light on how to reduce black/white disparities in prostate cancer incidence,” she said.

“There is some evidence that the biological responses to obesity, such as inflammation and glucose tolerance, are more pronounced in African-American men; both inflammation and insulin may promote cancer development,” Kristal said. Obesity might also have an impact on genes that control prostate cancer growth, “but frankly this is just speculation,” he said. “This is the next question for researchers to ask, because the answer will likely tell something very important about prostate cancer development and prevention.”