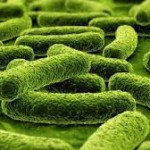 A study published in the journal of the American Society for Microbiology has specified that certain gut bacteria called Clostridum ramosum are responsible for causing obesity.

Mice models were used to test the influence of bacteria and determined that mice harboring human gut bacteria including C.ramason gained weight when fed a high-fat diet. Mice that did not have C. ramosum were less obese even when consuming a high-fat diet, and mice that had C. ramosum but consumed a low-fat diet also stayed lean.

The research consisted of analyzing the influence of the role of C. ramason in 3 groups of mice: 1. some harbored a simplified human intestinal microbiota (bacteria) of eight bacterial species including C. ramosum; 2. some had simplified human intestinal microbiota except for C. ramosum, and 3. some had C. ramosum only. After four weeks eating a high-fat diet, the mouse groups did not differ in energy intake, diet digestibility, and selected markers of low-grade inflammation.

The first and third group gained significantly more body weight and body fat, which implies that they converted food more efficiently to energy than did the second group of mice. All groups of mice fed a low-fat diet stayed lean, indicating that the obesity effect of C. ramosum only occurred on high-fat diets.

The affected mice also had higher gene expression of glucose transporter 2 (Glut2), a protein that enables absorption of glucose and fructose, and fat transport proteins including fatty acid translocase (Cd36).

The study suggests that the growth of certain bacteria in the digestive tract is stimulated by a high fat diet, which improves nutrient uptake and enhances the effect of that diet type on body weight and body fat.