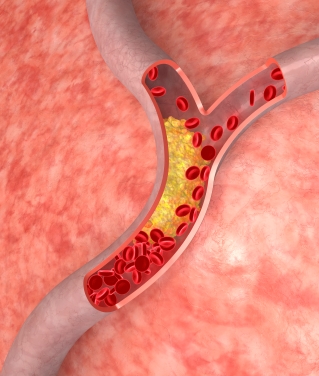 The cholesterol regulation is controlled by a gene which acts by converting omega 6 polyunsaturated fatty acids into lipoxoins. Lipoxin production acts as a prevention mechanism for heart attacks and chronic heart conditions.

“Our findings could help pave the way for novel therapeutic approaches to prevent cardiovascular disease and its associated clinical sequelae, including heart attacks and stroke,” said senior author Dr. Ivan Tancevski, of the Innsbruck Medical University, in Austria.

One particular gene, called A1ox5, was identified which codes for an enzyme that generates lipoxins from omega-6 polyunsaturated fatty acids to help the body get rid of bad cholesterol. Lipoxins have anti-inflammatory properties.

Aspirin works in a similar manner and stimulates the production of lipoxins that promote the transport of excess cholesterol to the liver where it is excreted through bile. “Aspirin is known to prevent cardiovascular disease due to its antithrombotic and anti-inflammatory effects. We now identified a third mechanism by which aspirin may confer protection,” said Dr. Tancevski.

The researchers went a step further in generating and testing chemically modified lipoxins mimetics that were even more effective at lowering LDL cholesterol, suggesting that new lipoxin-based specific drugs could provide greater benefits for patients.