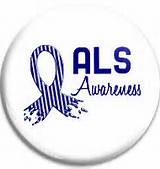 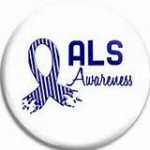 Amyotrophic lateral sclerosis (ALS), often referred to as “Lou Gehrig’s Disease,” is a progressive neuro-degenerative disease that affects nerve cells in the brain and the spinal cord. Motor neurons reach from the brain to the spinal cord and from the spinal cord to the muscles throughout the body. The progressive degeneration of the motor neurons in ALS eventually leads to their death. When the motor neurons die, the ability of the brain to initiate and control muscle movement is lost. With voluntary muscle action progressively affected, patients in the later stages of the disease may become totally paralyzed. As the disease progresses loss of weight, both muscle and fat, is common and patients have difficulty maintaining their body weight, muscle and fat. These problems may contribute to the progression of ALS, as patients who are mildly obese are more likely to live longer, and mice carrying a gene which causes ALS lived longer when they were fed a calorie-rich diet high in fat.

Research results, published in the Lancet journal, based on a phase 2 trial suggest that a high-calorie diet could delay the progression of (ALS). The study investigated patients at 12 ALS centers and patients with advanced ALS had a feeding tube which allowed food to be directly delivered into the stomach. The study population consisted of twenty patients who were split into three groups, each with a different diet plan a control group (to maintain weight) and two high-calorie (hypercaloric) groups: one high in carbohydrates, the other high in fat. The diets lasted for 4 months, and data on safety and survival were collected from the beginning of the study for a total of 5 months.

The findings reflected that patients given the high-carbohydrate/high-calorie diet experienced fewer adverse events (23 vs 42), and significantly fewer serious adverse events (0 vs 9) including deaths from respiratory failure than the control group. Patients given the high-carbohydrate/high-calorie diet also gained slightly more weight than the other groups (an average of 0·39kg [about 0·86lbs] gained per month, compared to an average gain of 0·11kg [0·24lbs] per month in the control group, and an average weight loss of 0·46kg [1·01lbs] in the high-fat high-calorie diet group).

The lead researcher Dr. Wills commented as follows: “There is good epidemiological evidence that, in ALS, survival is determined by nutritional status. This pilot study demonstrates the safety of a novel, simple, low-cost treatment for a devastating disease where currently, very few treatment options are available. The adverse outcomes that we feared might result from weight gain, such as diabetes or heart disease, were not observed in our study period of five months.” “Although the sample size was small, we are optimistic about these results, because they are consistent with previous studies in ALS mouse models that showed that hypercaloric diets improve survival,” said Dr Wills. “Not only could this type of nutritional intervention be a novel way to treat and slow down the progression of ALS, it might also be useful in other neurological diseases.”