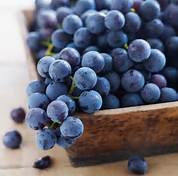 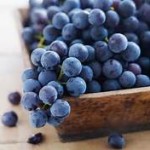 A study released by the LSU Health Sciences Center and the Stanley Scott Cancer Center has determined that a super cocktail consisting of six natural compounds in vegetables, fruits, spics and plant roots killed all of the breast cancer cells exposed to the cocktail.

The results were published in the Journal of Cancer and consisted of the testing of ten known protective nutrients found in broccoli, grapes, apples, tofu and tumeric root. Six nutrients in particular displayed the most effective anti-cancer fighting properties and included Curcumin known as tumeric, Isoflavone from soybeans, Indo-3-Carbinol from cruciferous plants, C-phycocyanin from spirulina, Reservatrol from grapes, and Quercetin, a flavonoid present in fruits, vegetables, and tea.

“One of the primary causes of both the recurrence of breast cancer and deaths is a small group of cancer stem cells that evade therapy,” notes Dr. Raj, the lead study author. “These often multi-drug-resistant cells have the ability to generate new tumors, so it is critically important to develop new approaches to more effective and safer treatment or prevention of breast cancer.”

The compounds when tested in combination suppressed breast cancer cell growth by more than 80%, inhibited migration and invasion, caused cell cycle arrest, and triggered the process leading to cell death resulting in the death of 100% of the breast cancer cells in the sample.

The control group did not display any harmful effects of the compound. Prior research has determined that the BRCA1 and BRAC2 genes are molecular targets of four of the six compounds and that two of the compounds synergize effectively to kill ovarian cancer cells.