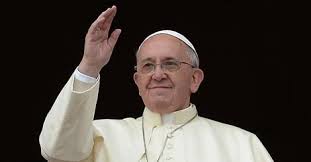 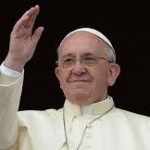 Certain groups within the scientific community have made it abundantly clear that they do not support the propagation of genetically modified organisms. Eight researchers from six countries petitioned the Pope specifying that biotechnology companies involved in manufacturing gmos threaten food security.

The letter was signed by bio-security expert Rubens Nodari, agricultural engineer Ana Maria Primavesi, from Austria; the late Andrés Carrasco, an Argentinian expert on cell biology; Elena Álvarez-Buylla Roces, PhD in molecular genetics from the University of Mexico; Pat Mooney, a Canadian investigator; Paulo Kageyama, an agricultural engineer who specializes in genetics and biodiversity from the University of São Paulo; Indian physicist and philosopher Vandana Shiva; doctor Wanderlei Pignati, from the Federal University of Mato Grosso.

The letter includes evidence of an anti-gmo stance by other scientists including a 2009 petition of over 800 researchers who oppose the genetically modified organisms (GMO) process.

“In the public sphere, the debate over GMOs has narrowed considerably. If we get the Church involved – who knows – we may raise awareness in other sectors of society about these threats,” said Nodari.

Brazil has signed the Cartagena Protocol on Biosafety, mandating the application of the precautionary principle.

João Pedro Stédile, a member of the board of directors of the Homeless Workers’ Movement (MST), highlighted the political and social opposition to GMOS: “The Via Campesina, for instance, is against them for both social and political reasons. The GMOs allow companies to hold the property rights over seeds, which are part of the common heritage of mankind. “These seeds increase the use of poison, which has led Brazil to rank as the world’s top user of toxic substances. When combined, GMOs and poison kill living beings and harm biodiversity. The seeds aren’t democratic either. They contaminate the traditional ones.”