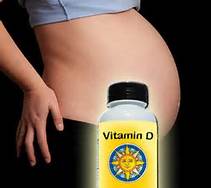 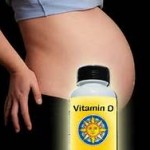 Researchers have found a new cause for preeclampsia, a life threatening condition during pregnancy diagnosed by an increase in blood pressure and protein in the urine.

The study involved one of the largest population samples to date: 3000 mothers who did not develop preeclampsia and tracking 700 pregnant who developed preeclampsia, with a common denominator on the majority of cases, lack of vitamin D.

“For decades, vitamin D was known as a nutrient that was important only for bone health,” said lead author Lisa Bodnar, Ph.D., M.P.H., R.D., associate professor in Pitt Public Health’s Department of Epidemiology. “Over the past 10 to 15 years, scientists have learned that vitamin D has diverse functions in the body beyond maintaining the skeleton, including actions that may be important for maintaining a healthy pregnancy.”

“Scientists believe that severe preeclampsia and mild preeclampsia have different root causes,” said senior author Mark A. Klebanoff, M.D., M.P.H., Center for Perinatal Research at The Research Institute at Nationwide Children’s Hospital and the Department of Pediatrics at The Ohio State University College of Medicine. “Severe preeclampsia poses much higher health risks to the mother and child, so linking it with a factor that we can easily treat, like vitamin D deficiency, holds great potential.”
“If our results hold true in a modern sample of pregnant women, then further exploring the role of vitamin D in reducing the risk of preeclampsia would be warranted,” said Dr. Bodnar. “Until then, women shouldn’t automatically take vitamin D supplements during pregnancy as a result of these findings.”