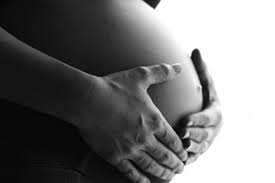 A considerable public health risk has emerged, which has largely remained undetected, as very little attention is paid to the environmental risks that pregnant women and their babies are exposed to.The majority of industrial chemicals have not been tested for potential reproductive/developmental harm.

It is estimated that there are currently over 80,000 chemicals commonly used and exposure occurs through air, water, food and consumer products in the home and workplace.

In the study a large number of obstetricians were recruited to participate in a survey examining their attitudes, practices and beliefs about environmental exposures and the impact on pregnant women.

The results reflect that although in general obstetricians recognize the impact of the environment on environmental health, there was a lack of training, time and available tools to take action to prevent harmful exposure. Survey participants believed that environmental exposures were important and that reproductive health professionals had a role in prevention. However, their concern did not translate into clinical practice.

A number of factors were cited for not translating warnings into clinical practice and they include a precautionary approach with doctors citing the unfamiliarity with a number of credible studies, and concern that raising the topic of environmental exposures to their pregnant patients would cause excessive anxiety and stress.