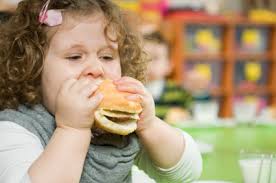 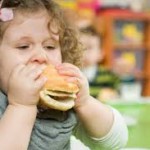 Heart disease and blood pressure problems are linked. A number of researchers have recognized that obesity in children is a public health epidemic linked to numerous preventable health conditions in adulthood, which includes high blood pressure, a predictor of cardiovascular disease. The current epidemiological statistics reflect that one in three U.S. children and teens are overweight or obese, meaning their body mass index is at least the 85th percentile or at least the 95th percentile for their age and gender respectively.

“Of the 28 obesity interventions with complete data that we analyzed, 13 (46 percent) had a favorable effect on both adiposity and BP and 11 interventions (39 percent) had a significant effect on the reduction of BP, even if they did not affect adiposity. “It is important to identify obesity intervention programs that can help children develop healthy lifestyles and keep BP at an optimal level,” he says, “because these programs help them avoid many long-term health consequences,” said epidemiologist Youfa Wang, MD, PhD, of the University at Buffalo. .

The review study analyzed research which tracked the growth and blood pressure of 1,117 healthy adolescents from Indianapolis for 27 years, starting in 1986, and found the following:

During childhood, 68 percent of the kids were a normal weight, 16 percent were overweight and 16 percent were obese. As adults, 119 of the participants were diagnosed with high blood pressure.

The study findings appear to point to the fact that heart disease may start in childhood, said Sara E. Watson, M.D., study author and a pediatric endocrinology fellow at Riley Hospital for Children at Indiana University in Indianapolis, Ind.

“It is important that pediatricians counsel patients on the risk of high blood pressure associated with overweight and obesity, and stress that a healthy diet, including reducing salt intake and exercise, may help reduce this risk,” Watson said. “Interventions to prevent and treat obesity will play an important role in decreasing the significant burden of high blood pressure in adulthood.”