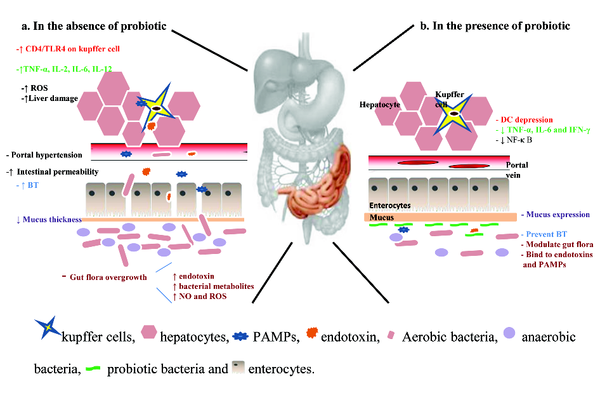 Hepatic encephalopathy is a serious complication that patients with cirrhosis of the liver can experience. The disease is characterized by confusion, altered level of consciousness and possible coma as a result of a liver failure. It is caused by accumulation in the bloodstream of toxic substances that are normally removed by the liver. Up to 45 percent of patients with cirrhosis develop hepatic encephalopathy. The mortality rate is poor, with a 58 percent mortality rate at one year, and a 77 percent mortality rate at three years.

A new study published in the official clinical practice journal of the American Gastroenterological Association specifies that probiotics are an effective preventative measure impacting on gut bacteria.

“This rigorous new research finds that probiotics modify the gut microbiota to prevent hepatic encephalopathy in patients with cirrhosis of the liver,” said David W. Victor III, MD, who contributed an editorial in Clinical Gastroenterology and Hepatology on this research. “These results offer a safe, well-tolerated and perhaps cheaper alternative to current treatments.”

The effectiveness of the current available treatment consisting of lactulose, a nonabsorbable disaccharide, is limited by side effects (diarrhea, bloating and gas) and a narrow therapeutic window.

“By virtue of its size, study duration and design, as well as the thorough nature of the baseline and follow-up assessments, this study represents an important contribution to the hepatic encephalopathy literature,” said Dr. Victor, a practicing hepatologist in the Methodist J.C. Walter Jr. Transplant Center at Houston Methodist Hospital, TX.

The study highlights the impact of gut bacteria on overall health.