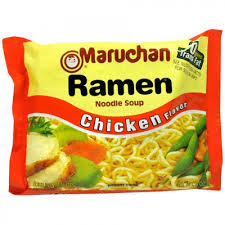 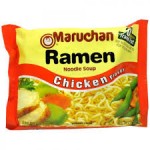 Ramen noodles are not only found in Asian countries but are viewed as a cheap food source in the United States; popular as they are instant. A new study has determined that consuming these noodles is associated with heart disease, diabetes and stroke.

The study, published in the Journal of Nutrition, was conducted in South Korea, which has the highest number of instant noodle consumers in the world. South Korean has experienced a rapid increase in health problems, including heart disease and an increased number of overweight adults. The ramen noodle effect is particular pervasive in women.

The study found that consuming instant noodles two or more times a week was associated with cardiometabolic syndrome, increasing the risk of developing heart disease and other conditions, such as diabetes and stroke.

The sex differences and prevalence in women was attributed to biological metabolic differences. BPA (Bisphenol A) may also be a contributing factor, used for packaging noodled in Styrofoam containers. BPA has previously been shown to impact on hormones, especially estrogen.

“While instant noodle intake is greater in Asian communities, the association between instant noodle consumption and metabolic syndrome has not been widely studied,” Dr. Shin said. “I decided to investigate in order to uncover more distinct connections.”

“This research is significant since many people are consuming instant noodles without knowing possible health risks,” Dr. Shin said. “My hope is that this study can lay a foundation for future research about the health effects of instant noodle consumption.”