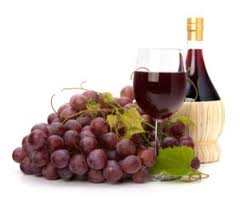 Reservatrol is a compound present in red wine and grapes and has been linked to an array of positive health benefits including acting as a preventative agent for age related disease. The compound has been associated with longevity and reduced risk of cardiovascular disease.

A new study, released by the Skaggs Institute for Chemical Biology at The Scripps Research Institute (TSRI), revealed that drinking two glasses of wine stimulates a stress response gene who in turn activates a number of genes that protect the body. Two glasses of wine are sufficient to trigger the stress response and generate a molecular reaction.

Reservatrol binds to the TyrRS enzyme which binds with the tyrosine amino acid before linking up with genetic material.

Using X-ray crystallography and other tests to compare resveratrol with TyrRS, the researchers found that resveratrol mimics tyrosine, so much so that TyrRS was able to bind with resveratrol. The team explains that this attachment led TyrRS away from its protein translation activity and pushed it toward the cell nucleus.

Once in the nucleus, the researchers found that the TyrRS-resveratrol combination switched on a gene called PARP-1 – known to play a role in stress response and DNA repair and to have a major influence on aging. What is more, activating PARP-1 also switched on a number of other protective genes, including FOXO3A and SIRT6 – associated with longevity – and the tumor-suppressor gene p53.

“Based on these results, it is conceivable that moderate consumption of a couple of glasses of red wine would give a person enough resveratrol to evoke a protective effect via this pathway,” said Mathew Sajish the lead study author. “This stress response represents a layer of biology that has been largely overlooked, and resveratrol turns out to activate it at much lower concentrations than those used in prior studies. With these findings we have a new, fundamental mechanism for the known beneficial effects of resveratrol.”