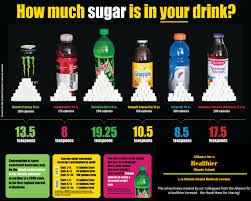 A new study by the Queen Mary University of London, published in the Lancet Diabetes & Endocrinology journal, specifies that reducing all sugar sweetened beverages by 40% over five years would prevent one million cases of obesity, and 300,000 cases of type 2 diabetes over two decades.

The research data for this study was based on national representative data obtained from the National Diet and Nutrition Survey rolling program over a four year period (2008-2012) and British Soft Drinks Association annual reports.

The authors recommend a gradual reduction in sugar sweetened beverages as consumers are used to a sweet taste and may be more attractive to the beverage industry who fear substantial loss of sales. The proposed strategy could lead to a profound reduction in energy intake from sugar-sweetened beverages and could therefore lower the prevalence of overweight, obesity, and type 2 diabetes in the long term. These findings provide strong support for the implementation of the proposed strategy.

“Policies can be developed that have the potential to quickly change behaviour and begin to reduce the prevalence of obesity and related diseases”, said Dr Tim Lobstein, Director of Policy, World Obesity Federation London, UK, and Curtin University, Perth, WA, Australia. “Other measures also need to be taken, not least to restrict the inducements to consume unhealthy food – which are beamed at children through much of the media they use – as well as the implementation of a soft drinks tax, as proposed by Public Health England, the Parliamentary Health Committee, and the ambassador for healthier diets, Jamie Oliver. In combination, such measures could have a substantially greater effect on sugar consumption than in isolation, bringing even greater relief to the over-stretched budgets of the UK’s health services.”