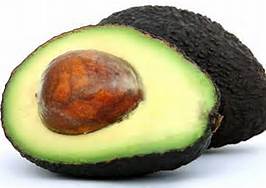 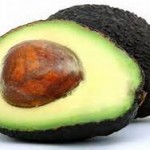 A recent review study has investigated the health benefits attributed to avocados which impact on a wide range of health conditions.

Eight cardiovascular clinical trials have measured the day to day impact of avocado consumption and found that it may maintain normal serum total cholesterol in men and prevented weight gain.

In another study involving 12 women with type 2 diabetes, a monounsaturated fat diet rich in avocado was compared with a low-fat complex-carbohydrate-rich diet for effects on blood lipids. After 4 weeks, the avocado rich diet resulted in significantly lowered plasma triglycerides and both diets maintained similar blood lipids and glycemic controls. Additionally, a preclinical study found that avocados can help convert oxidized LDLC back to its nonoxidized form.

Other studies have suggested that avocados may help regulate blood pressure in adults by regulating potassium levels.
Avocados contain about 152 mg and 345 mg of potassium per 30 g and one-half fruit, respectively. Also, avocados are naturally very low in sodium with just 2 mg and 5.5 mg sodium per 30 g and one-half fruit, respectively (USDA, 2011).

In a similar manner avocados may lower the risk of collary disease as they contain magnesium. Magnesium has been shown to inhibit fat absorbtion and acts as a cofactor for many cellular enzymes required in energy metabolism.

Avocados have been associated with anti-oxidant activity as they contain high levels of both vitamin E and C. Vitamin C plays an important role in recycling vitamin E to maintain circulatory antioxidant protection. According to a recent review article, vitamin C might have greater CVD protective effects on specific populations such as smokers, obese, and overweight people; people with elevated cholesterol, hypertension, and type 2 diabetics; and people over 55 years of age. Avocado fruit contains 2.6mg and 6.0mg vitamin C per 30 g and one-half fruit, respectively (USDA, 2011). Avocados contain 0.59 mg and 1.34 mg vitamin E (α-tocopherol) per 30 g and one-half avocado, respectively (USDA, 2011). One randomized clinical study suggested that a combination of vitamin C and E may slow atherosclerotic progression in hypercholesterolemic persons and reduce the level of plaque formation.

Avocados are the richest known fruit source of phytosterols with about 26 mg and 57 mg per 30 g and one half fruit, respectively (USDA, 2011). Other fruits contain substantially less phytosterols at about 3 mg per serving. Although the avocado’s phytosterol content is lower than that of fortified foods and dietary supplements, its unique emulsified fat matrix and natural phytosterol glycosides may help
promote stronger intestinal cholesterol blocking activity than fortified foods and supplements. A recent economic valuation in Canada of the potential health benefits from foods with phytosterols suggests that they may play a role in enhancing cardiovascular health and reducing associated health costs.

Avocados contain a number of bioactive phytochemicals including carotenoids, terpenoids, D-mannoheptulose, persenone A and B, phenols, and glutathione that have been reported to have anti-carcinogenic properties.

Cancer of the larynx, pharynx, and oral cavity are the primary area of avocado cancer investigation. Glutathione, a tripeptide
composed of three amino acids (glutamic acid, cysteine, and glycine) functions as an antioxidant. The National Cancer Institute found that avocado’s glutathione levels of 8.4 mg per 30 g or 19 mg per one-half fruit is several fold higher than that of other fruits. Even though the body digests glutathione down to individual amino acids when foods are consumed, a large population-based case controlled study showed a significant correlation between increased glutathione intakes and decreased risk of oral and pharyngeal cancer.

Dietary carotenoids (colorful plant pigments some of which the body can turn into vitamin A), are powerful antioxidants that can help prevent some forms of cancer and show potential breast cancer protective biological activities, including antioxidant activity, induction of apoptosis, and inhibition of mammary cell proliferation. Studies examining the role of fruits and vegetables and carotenoid consumption in relation to breast cancer recurrence are limited and report mixed results. In preclinical studies, total carotenoids and lutein appear to reduce oxidative stress, a potential trigger for breast cancer. In women previously treated for breast cancer, a significant inverse association was found between total plasma carotenoid concentrations and oxidative stress. The available research suggest that more studies are needed on the impact of avocados on breast cancer.