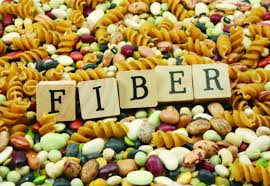 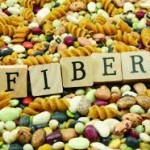 Diet has been categorically linked with colon cancer through a new study. The study focused on the impact of a switch on diet for two weeks between American and African diets. African diets are traditionally high in fiber and low in fat and protein and the Westernized diet has been linked to a number of adverse health impacts including colon cancer. Colon Cancer accounts for over 600,000 annual deaths worldwide, and are substantially higher in industrial countries.

The study published in Nature Communications revealed that gut bacteria play an important role in substantially reducing risk in conjunction with a high fiber diet. The research participants consisted of group of 20 American Volunteers and another group of 20 participants from rural South Africa. The two groups swapped the type of diet under monitored conditions for two weeks.

The impact of the diets were examined through colonoscopy examinations before and after the diet swap and biological markers of colon cancer risk were also examined. Initially at the start of the study almost half f the American subjects had polyps (abnormal growth in the colon). None of the Africans exhibited signs of polyp growth.

The impact of a change in diet was revealed as significantly less inflammation in the colon and reduced biomarkers of cancer risk was detected in the American group. In the African group, measurements indicating cancer risk dramatically increased after two weeks on the western diet.

“Studies on Japanese migrants to Hawaii have shown that it takes one generation of westernization to change their low incidence of colon cancer to the high rates observed in native Hawaiians. Our study suggests that westernization of the diet induces changes in biomarkers of colon cancer risk in the colonic mucosa within two weeks. Perhaps even more importantly, a change in diet from a westernized composition to a ‘traditional African’ high fiber low fat diet reduced these biomarkers of cancer risk within two weeks, indicating that it is likely never too late to change your diet to change your risk of colon cancer, ” said Professor Stephen O’Keefe at the University of Pittsburgh.

The impact of the diet was attributed to gut bacteria and how their metaablism was altered to adapt to the new diet. In the American group, the researchers found that the African diet led to an increase in the production of butyrate, a byproduct of fibre metabolism that has important anti-cancer effects.

“The gut microbiome is being increasingly recognized as an important contributor to human health. This research shows that gut bacteria are critically important for mediating the link between diet and colon cancer risk. This means we can look to develop therapies targeting gut bacteria as a way to prevent and treat cancer,” said Dr James Kinross, a colorectal surgeon and a member of the research group at Imperial.