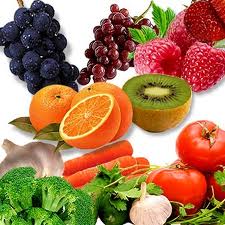 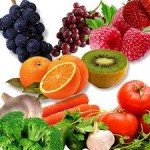 The research was published in the Journal of Epidemiology & Community Health and found conclusively that fresh vegetables had the strongest protective effect, with each daily portion reducing overall risk of death by 16%. Salad contributed to a 13% risk reduction per portion, and each portion of fresh fruit was associated with a smaller but still significant 4% reduction.

“We all know that eating fruit and vegetables is healthy, but the size of the effect is staggering,” said Dr Oyinlola Oyebode of UCL’s Department of Epidemiology & Public Health, lead author of the study. “The clear message here is that the more fruit and vegetables you eat, the less likely you are to die at any age. Vegetables have a larger effect than fruit, but fruit still makes a real difference. If you’re happy to snack on carrots or other vegetables, then that is a great choice but if you fancy something sweeter, a banana or any fruit will also do you good.”

“However, people shouldn’t feel daunted by a big target like seven. Whatever your starting point, it is always worth eating more fruit and vegetables. In our study even those eating one to three portions had a significantly lower risk than those eating less than one”, said Dr. Oyebode.

The research did not differentiate between organic and non organic fruit and vegetables and what impact herbicide application may have on the research findings.