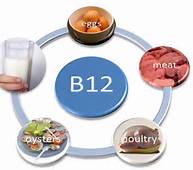 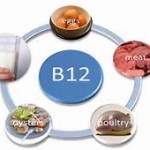 A new study involving 11,000 men in a collaberated international study determined that low levels of vitamin B 12 in men increases risk of fractures in older men. Osteoporosis can cause serious complications in the elderly.

Researchers at Sahlgrenska Academy at the University of Gothenberg worked in collaberation with the National Institute of Health (NIH) in the U.S.

The men analzyed in Gothenburg had an average age of 75 and diverse methods were used to analyze the blood concentrations of the B vitamins B12 and folate, which are found naturally in the food supply.

The results show that the risk of suffering a fracture six years later was higher among men who had low B12 levels at the beginning of the study than men with normal B12 levels. In the quartile with the lowest B12 content, the risk was elevated by approximately 70 percent compared with the others. The risk increase pertained primarily to fractures in the lumbar region, where the risk increase was up to 120 percent.

“The higher risk also remains when we take other risk factors for fractures into consideration, such as age, smoking, BMI, BMD (bone mineral density), previous fractures, physical activity, the D-vitamin content in the blood and calcium intake,” says Catharina Lewerin, researcher at the Sahlgrenska Academy.

“Right now, there is no reason to eat more vitamin B12, but rather treatment shall only be applied in confirmed cases of deficiencies and in some cases to prevent deficiencies. For anyone who wants to strengthen their bones and prevent fractures, physical activity 30 minutes a day and quitting smoking is good self care,” said Catharina Lewerin.

One thought on “Risk of fractures increased by low vitamin B 12 levels in older men.”