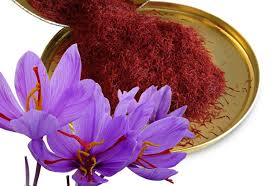 A new study, published by the University of Kansas Medical Center’s Department of Cancer Biology, has revealed that a saffron compound (crocetin) inhibits the growth of pancreatic cancer cells in humans.

The research findings, published in the journal Oncotarget, specified that after 21 days there was a significant reduction in tumor growth in the group of mice who received the saffron compound.

“Unless these stem cells are destroyed, the cancer will return,” said Shrikant Anant, Ph.D., a professor of molecular and integrative physiology at KU Medical Center and associate director of cancer prevention and control at The University of Kansas Cancer Center and a co-author on the study. “If we can determine that crocetinic acid is successful in inhibiting or destroying the stem cells, it will be a major step forward in the treatment of pancreatic cancer.”