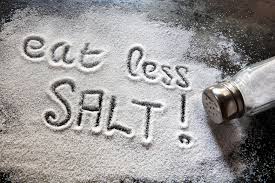 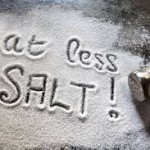 A collaborative research study, initiated by McGill University, has identified how salt increases blood pressure. The study determined that salt in essence reprograms the brain and consuming excessive amounts interferes with a natural safety mechanism that prevents blood pressure from rising.

Rat models were used in this experiment and the findings reflect that high salt intake prevents the inhibition of vasopressin (VP) releasing neurons by the body’s arterial pressure detection circuit. The circuit acts as a natural safety mechanism and allows blood pressure to rise when a high amount of salt is ingested over a long period of time.

Vasopressin is a hormone secreted by cells of the hypothalamic nuclei and stored in the posterior pituitary for release as necessary; it stimulates contraction of the muscular tissues of the capillaries and arterioles, raising the blood pressure, and increases peristalsis, exerts some influence on the uterus, and influences resorption of water by the kidney tubules, resulting in concentration of urine. Its rate of secretion is regulated chiefly by the osmolarity of the plasma.

“We found that a period of high dietary salt intake in rats causes a biochemical change in the neurons that release vasopressin (VP) into the systemic circulation”, said Prof. Charles Bourque of McGill’s Faculty of Medicine who is also a researcher at the The Research Institute of the McGill University Health Centre (RI-MUHC). “This change, which involves a neurotrophic molecule called BDNF (brain-derived neurotrophic factor), prevents the inhibition of these particular neurons by other cells”.

The researchers recommend that dietary salt be limited.