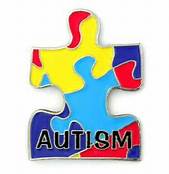 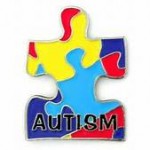 A researcher from the University of Wisconsin-Madison has detected a higher rate of seizures among children with autism who were fed infant formula containing soy protein rather than milk protein. The study found excess seizures among girls and in the total sample of 1,949 children. The soy-seizure link reached borderline significance among boys, who comprised 87 percent of the children described in the database under study.

A study originating from the University of Wisconsin Michigan has linked an environmental cause to seizures in autistic children.
Children diagnosed with autism had a 2.5 fold increase in seizures upon consuming a soy based infant formula. Seizures accompany many neurological disorders including epilepsy, Alzheimer’s disease, Down syndrome and autism.

The study author stumbled upon the impact of the soy based diet when she substituted the lab mouse food, (which was soy based), with a diet containing purified ingredients.

“We were intrigued that a dietary alteration was as effective as many medicines in reducing seizure incidence and wanted to pursue that finding,” Cara Westmark, the lead study author said. “We found that the main difference between the diets was the protein source. The standard diet was soy-based, while the purified diet was casein, or dairy, based.”

Westmark focused on infants and analyzed the data contained in the Simons Foundation Research initiative. Her research was published in the PLOS ONE journal and revealed that children with autism who were fed soy formula had 2.6 times as many febrile seizures as the children fed non-soy formula in the database. That means 4.2 percent of the soy group had a seizure associated with a fever, compared to 1.6 percent of the others.

Westmark commented on the impact of her study and recommended further investigation:”The prevalence of autism is increasing and currently affects one American child in 88. Soy is a widespread ingredient in many food products and 25 percent of infant formulas are soy based, so this is something that needs to be studied. If the child is lactose intolerant, there are alternatives that a pediatrician can recommend.”