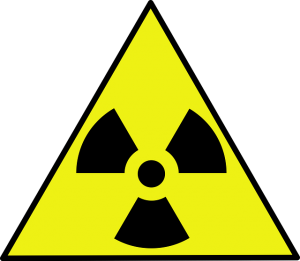 The European Food Safety Authority, (EFSA), has concluded that a recent paper raising concerns about the potential toxicity of genetically modified (GM) maize NK603 and of a herbicide containing glyphosate is of insufficient scientific quality to be considered as valid for risk assessment.

EFSA painstakingly has tried to discredit every aspect of the paper published in the Food & Chemical Toxicology Journal. The University of Caen’s study led by Professor Gilles Eric Seralini claimed that it was the first long term feed study examining the long term effect of Monsanto’s Roundup GM corn and found that rats exposed to small amounts of Roundup and Roundup resistant NK603 developed mammary tumours and severe liver and kidney damage.

Michael Antoniou is the British Scientist who with his team has published Earth Open source’s 2011 paper titled : “Roundup and birth defects, Is the public being kept in the dark”. The paper can be accessed here. The publication cites a large volume of research on the impact of Monsanto’s Roundup and criticizes the Industries attempts to discredit valid scientific studies documenting the serious, long term and devastating environmental impact of Roundup. One of the criticism of the Seralini study is that it utilized Sprague-Dawley, (SD) rats which are prone to mammary tumours.

Dr. Antoniou hit back at the Seralini’s study critics in an open intervew with the Grocer and stated the following:

“The Sprague-Dawley rat was used in the original glyphosphate toxitiy studies”.
“In addition many strains – inlcuding many from industry- on GM food used SD rats. Based on this history of use it was appropriate to use this strain. If it was the wrong strain to use here then it was wrong in many previous GM feed safety feeding studies conducted by industry and upon whch marketing approval was granted”.
” The key is that there were both quantitative and qualitatoive differences in the tumors arising in control and test groups. In the former they appeared much later and at ost there was one tumor per animal if at all.”
Dr. Antoniou also specifed that the control group and the experimental design followed international OECD guildeines. The rodents in the experiments were divided into 10 groupos of 20 animals, with nine of those groups exposed to roundup or NK603. “Standard practice is for the control group to be matched in size to the experimental groups. The experimental groups were 20 animals and therefore the control groups should be 20 animals.”

Consumers are currently being exposed to a plethora and battle of scientific opinion. They key point to remember is that there are already studies that document the toxicity of Roundup and its carcinogenic effect on mammalian organs, despite Monsanto’s safety claims.