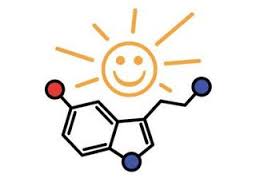 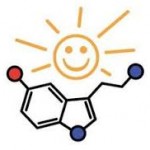 A new study has determined that serotonin is also produced in the gut. Peripheral serotonin is made in the digestive tract and it is estimated that approximately 90% of all serotonin is produced in the gut. The University of Chicago has published a new study in the journal Cell specifying the metabolic pathway involved. Enterochromaffin (EC) cells and specific type of immune cells and neurons produce peripheral serotonin. The purpose of this study was to investigate the hypothesis that specific types of bacteria are involved in interacting with EC cells to produce serotonin.

“More and more studies are showing that mice or other model organisms with changes in their gut microbes exhibit altered behaviors,” said Elaine Hsiao, research assistant professor of biology and biological engineering and senior author of the study. “We are interested in how microbes communicate with the nervous system. To start, we explored the idea that normal gut microbes could influence levels of neurotransmitters in their hosts.”

“EC cells are rich sources of serotonin in the gut. What we saw in this experiment is that they appear to depend on microbes to make serotonin—or at least a large portion of it,” said Jessica Yano, first author on the paper and a research technician working with Hsiao.

“While the connections between the microbiome and the immune and metabolic systems are well appreciated, research into the role gut microbes play in shaping the nervous system is an exciting frontier in the biological sciences,” said Sarkis K. Mazmanian, Luis B. and Nelly Soux Professor of Microbiology and a coauthor on the study. “This work elegantly extends previous seminal research from Caltech in this emerging field”.

The researchers tested several different single species and groups of known gut microbes. It was determined that the presence of 20 species of spore-forming bacteria—elevated serotonin levels. The mice treated with this specific mix of bacteria also reveal an increase in gastrointestinal motility compared to their germ-free counterparts, and changes in the activation of blood platelets, which are known to use serotonin to promote clotting.