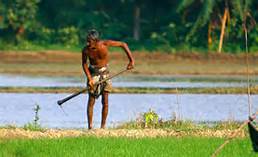 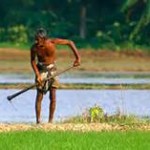 Glyphosate is the active ingredient found in Monsanto’s Roundup herbicide. The move by President Mahinda Rajapaksa came as a result of a new published study by Dr. Channa Jayasumana, who linked glyphosate with a combination of heavy metals found in drinking water to chronic kidney disease.

The kidney disease is currently the leading cause of death of men in the agricultural region. Glyphosate acts as a carrier or a vector of these heavy metals to the kidney,” said Dr. Channa Jayasumana, the study’s principal author.

Wednesday’s announcement by Sri Lanka was the most dramatic measure taken to date in the region to combat the illness. El Salvador approved a ban on dozens of agrochemicals including glyphosate last September.

“An investigation carried out by medical specialists and scientists has revealed that kidney disease was mainly caused by glyphosate,” Special Projects Minister S.M Chandrasena told reporters in Sri Lanka. “President Mahinda Rajapaksa has ordered the immediate removal of glyphosate from the local market soon after he was told of the contents of the report.”

The premise of Jayasumana’s research centers around the fact that glyphosate, which forms powerful chemical bonds with heavy metals, enters into compounds that persist in drinking water until they break down in people’s kidneys. The population is placed at risk by the combination of heavy water and Roundup or other glyphosate products.

“I think we can explain the geographical distribution as well as the time problem with our hypothesis,” Jayasumana said, in reference to the epidemic’s unusual geography and its surge in all of the affected regions during the 1990s.

Jayasumana maintains that glyphosate was originally patented as a chelating agent and Monsanto failed in its obligations to warn the public of the health risks posed by glyphosate and its capacity to bind to heavy metals when used in areas with heavy water.