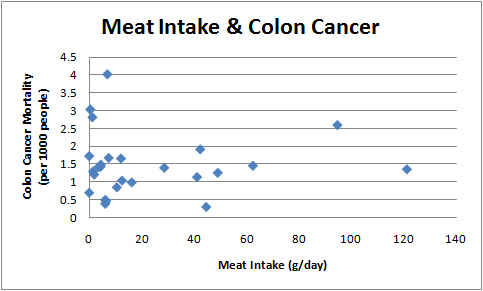 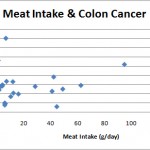 The study involved 23 healthy volunteers, 17 male and six female, ages 50 to 75. Participants either ate the red meat diet or the red meat plus butyrated resistant starch diet for four weeks, and after a four-week washout period switched to the other diet for another four weeks. Resistant starch sources include bananas that are still slightly green, cooked and cooled potatoes [such as potato salad], whole grains, beans, chickpeas, and lentils. The resistant starch escapes digestion in the stomach and small intestine, and passes through to the colon (large bowel) where it has similar properties to fiber, and where it is fermented by gut microbes to produce beneficial short-chain fatty acids.

“Red meat and resistant starch have opposite effects on the colorectal cancer-promoting miRNAs, the miR-17-92 cluster,” said Karen J. Humphreys, PhD, a research associate at the Flinders Center for Innovation in Cancer at Flinders University in Adelaide, Australia. “This finding supports consumption of resistant starch as a means of reducing the risk associated with a high red meat diet.”

The study participants ate 300 g of lean red meat per day for four weeks. As a result study participants had a 30 percent increase in the levels of certain genetic molecules called miR-17-92 in their rectal tissue, and an associated increase in cell proliferation. Consuming 40 g of butyrated resistant starch per day along with red meat for four weeks brought miR-17-92 levels down to baseline levels.