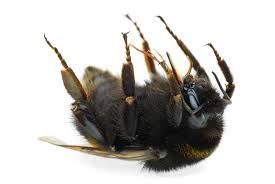 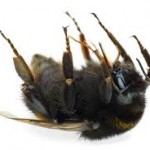 Oregon has taken the pro-active step and banned four different types of bee-killing insecticides, including imidacloprid, clothianidin, thiamethoxam and dinotefura. The four chemicals are all in the neonicotinoid chemical class which has been linked to pollinator decline.

A number of bee-killing incidents have occurred in Oregon in 2013, when more than 50,000 bumblebees were killed after dinofuteran was used to spray trees in a shopping mall parking lot. A task force was developed to investigate the best method to protect pollinators as the mass bee off was the largest bee die-off on record.

“The vast majority of those die-offs were not the result of label violations,” said Aimee Code, pesticide program coordinator for the Xerces Society. “That means legal insecticide use was causing bee kills. I think Oregon really saw a need and addressed it.”

Environmental groups have applauded Oregon’s decision. “This is a small step, but it’s a great one,” said Lori Ann Burd, environmental health director for the Center for Biological Diversity. “Bees who are exposed to even tiny levels experience hits to their neurological function,” she said. “They can’t find they way back to the hive, they have less foraging success, they can’t communicate effectively, and they can’t fight off wasps. Those are the impacts that are really significant on the population scale.”

A Federal task force was initiated last year to investigate the decline of pollinators across the US, but has yet to date failed to issue recommendations. Local and regional efforts by communities are currently having more impact.