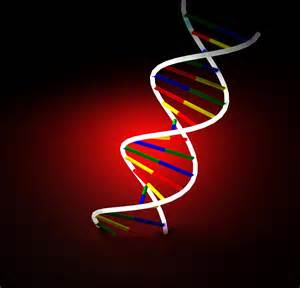 Researchers at the Rockefeller University have identified the molecular mechanisms of stress and why some people are more affected than others. The results of the study were published in the Molecular Psychiatry journal and point to potential new markers to aid the diagnosis of stress-related disorders, such as anxiety and depression.

Mice models were stressed by exposing them to daily unpredictable bouts of cage tilting, altered dark-light cycles, confinement in tight spaces and other conditions geared towards producing a stressful experience. The after effects of stressed conditions include that about 40% of mice showed high levels of behaviors that included a preference for a dark compartment over a light one, and a loss of interest in food. The remaining 60 percent coped well with the stress. This distinction between the susceptible mice and the resilient ones was so fundamental that it emerged even before the mice were subjected to stress, with some unstressed mice showing an anxiety-like preference for a dark compartment over a lighted one.

The highly stress susceptible mice had a decreased level of the mGlu2 protein,in a stress-involved region of the brain known as the hippocampus. The mGlu2 decrease was caused by an epigenetic change, which affects the expression of genes, in this case the gene that codes for mGlu2. A reduction in mGlu2 is important as the molecule regulates the neurotransmitter glutamate.

“If you think of the genetic code as words in a book, the book must be opened in order for you to read it. These epigenetic changes, which affect histone proteins associated with DNA, effectively close the book, so the code for mGlu2 cannot be read,” said first author Carla Nasca, postdoc in the lab and a fellow of the American Foundation for Suicide Prevention.

“Currently, depression is diagnosed only by its symptoms,” Nasca said. “But these results put us on track to discover molecular signatures in humans that may have the potential to serve as markers for certain types of depression. Our work could also lead to a new generation of rapidly acting antidepressants, such as acetyl carnitine, which would be particularly important to reduce the risk of suicide.”

“The brain is constantly changing. When stressful experiences lead to anxiety and depressive disorders the brain becomes locked in a state it cannot spontaneously escape,” McEwen said. “Studies like this one are increasingly focusing on the regulation of glutamate as an underlying mechanism in depression and, we hope, opening promising new avenues for the diagnosis and treatment of this devastating disorder.”