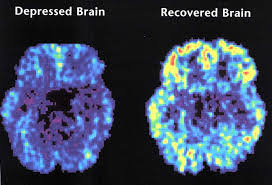 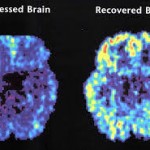 A new study, published in the journal Nature, found that stress changes genes over time, making some individuals more susceptible to stress. The changes are linked to epigenetics and cause depression, post-traumatic stress disorder (PTSD) and obesity over time.

Researchers examined teenage brains and focused on the serotonin transporter, a gene which regulates the amount of serotonin signaling in the brain. It was demonstrated that variation of the serotonin gene by attaching methyl groups, which regulates how the gene is expressed, increased the susceptibility to depression and PTSD.

“Varying the DNA sequence in this gene has been shown to predict activation in the amygdala and is linked with depression, so we were interested in determining if DNA methylation may be playing a role in regulating how the brain responds to stress, ultimately making an individual vulnerable to stress-related disorders like depression,” Dr. Williamson the lead study author said.

The study initially consisted of imaging the brains of 80 participants who were shown angry or fearful faces and researchers recorded their responses in the amygdala. The research team also measured the amount of methylation on serotonin transporter DNA from the participants’ saliva. The researchers found that even small changes in methylation corresponded with amygdala activity and appeared to be a better predictor of the risk of depression than DNA sequence variation.

To confirm and replicate the above findings another study was done on 96 adolescents aged 12-15 who participated in the Teen Alcohol Outcomes Study (TAOS), a different long-term study led by Dr. Williamson. Researchers again measured amygdala reactivity to angry or fearful faces as well as methylation of the serotonin transporter gene this time in participants’ blood. The research analyses revealed an even stronger link between methylation and amygdala reactivity.

“The fact that methylation patterns were the same in saliva, blood and the brain suggests that these patterns, at least in the case of the serotonin transporter, may be passed down through generations. However, it is also possible that exposure to stress over time impacts changes in methylation systematically throughout the body,” Dr. Williamson said.

“The findings of the current study and our ongoing research are contributing to a paradigm shift in how our field examines genetic contributions to psychiatric conditions like depression and post-traumatic stress disorder. We are moving beyond simple inherited genetic sequence variation to examine what is being modified during one’s lifetime and how this may in turn be passed on to our children,” he noted.

“Our work is helping to identify the specific mechanisms that are involved in the onset of depression, which is involved in 70 percent of people with PTSD,” Dr. Williamson said. “Ultimately, we hope that our findings will lower the risk of developing depression and other stress-related disorders in the future.”