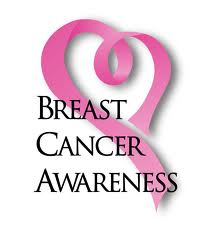 Researchers at the Duke Cancer Institute report that cholesterol acts as a fuel to spread the growth and spread of the most common types of breast cancers. The study was published in the journal of Science and elucidates the breast cancer cholesterol mechanism for the first time.

“A lot of studies have shown a connection between obesity and breast cancer, and specifically that elevated cholesterol is associated with breast cancer risk, but no mechanism has been identified,” said senior author Donald McDonnell, Ph.D., chair of the Department of Pharmacology and Cancer Biology at Duke. “What we have now found is a molecule — not cholesterol itself, but an abundant metabolite of cholesterol — called 27HC that mimics the hormone estrogen and can independently drive the growth of breast cancer.”

Prior research from the McDonnell lab confirmed that 27-hydroxycholesterol — or 27HC — acted in a similar manner to estrogen in animals.

Mouse models were used to actively demonstrate the direct involvement of 27HC in causing breast tumor growth, in addition to the aggressiveness of cancer spread to other organs. Breast cancer tissue was used to confirm the mouse model results and correlated the amount of the enzyme that manufactures the enzyme with the level of aggressiveness of the cancer. The researchers found that 27HC could be produced in other places in the body and transported to the tumor.

“The worse the tumors, the more they have of the enzyme,” said lead author Erik Nelson, Ph.D., a post-doctoral associate at Duke.

“This is a very significant finding,” McDonnell said. “Human breast tumors, because they express this enzyme to make 27HC, are making an estrogen-like molecule that can promote the growth of the tumor. In essence, the tumors have developed a mechanism to use a different source of fuel.”