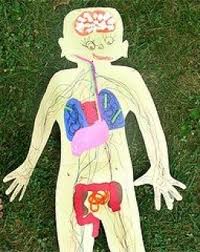 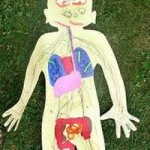 Previous research has confirmed the correlation between autism spectrum disorders (ASD) and gastrointestinal complaints. A study representing a peer reviewed meta analysis of the available research by researchers at Marcus Autism Center, Children’s Healthcare of Atlanta and Emory University School of Medicine, specified that ASD children are four times more likely to experience gastrointestinal complaints. Other symptoms include constipation and diarrhea that are three times more likely to occur and abdominal pain complaints which occur twice as much. The research was published in the journal Pediatrics.

“Our findings corroborate a history of anecdotal reports and case studies suggesting increased risk of GI concerns in autism,” said co-author William Sharp, PhD, director of the Pediatric Feeding Disorders Program at Marcus Autism Center and assistant professor of pediatrics at Emory University School of Medicine. “This analysis reinforces the need for greater clinical and research scrutiny in this area to guide best standards of care and to address important questions regarding the detection and treatment of GI symptoms among children with autism.”

“In many cases, the only indication of a possible GI problem in autism may be the emergence or escalation of problem behaviors, such as self-injury, aggression, or irritability, that cannot be otherwise explained,” said co-author Barbara McElhanon, MD, pediatric gastroenterologist at Children’s Healthcare of Atlanta and assistant professor of pediatrics at Emory University School of Medicine. “Relying on these atypical signs to detect possible GI concerns can be difficult for practitioners because repetitive and stereotyped patterns of behavior occur so frequently in ASD and no guidelines exist to help parents and clinicians navigate the diagnostic process.”

Parents have reported that dietary intervention is successful in reducing GI symptoms and directly impacts on ASD symptoms. A previous study by the University of California, Department of Medical Microbiology and Immunology, demonstrated the impact of nutritional intervention and reported in their 2011 study that probiotics have an impact, treating gastrointestinal disorders associated with autism spectrum disorders (ASD).

ASD affected children have a mucosal immune response and the presence of abnormal gut bacteria which has repeatedly been observed. The presence of Gastrointestinal disturbances is often associated with increased ASD symptoms such as increased irritability, tantrums, aggressive behavior and sleep disturbances.

The researchers suggest that the administration of probiotics may be an effective treatment modality for the treatment of symptoms associated with ASD and that the administration of probiotic bacteria to address changes in the microbiota might, therefore, be a useful novel therapeutic tool with which to restore normal gut microbiota, reduce inflammation, restore epithelial barrier function, and potentially minimize behavioral symptoms associated with some children with ASD.