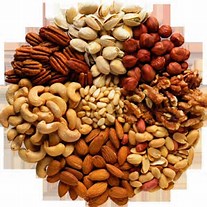 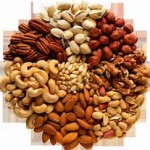 A new study has revealed that it’s not only an apple a day that keeps the doctor away. The largest study of its kind reveals that daily nut consumption lowers mortality rate. The results were not confined to a particular nut and the reduction in mortality was similar both for peanuts and for “tree nuts” — walnuts, hazelnuts, almonds, Brazil nuts, cashews, macadamias, pecans, cashews, pistachios and pine nuts.

The research released by the Dana-Farber Cancer Institute, Brigham and Women’s Hospital, and the Harvard School of Public Health was published in the New England Journal of Medicine. Regular nut-eaters were also found to be more slender than those who didn’t eat nuts. The study examined the effects of nut consumption of 76,464 women between 1980 and 2010, and 42,498 men from 1986 to 2010. Participants in the studies filled out detailed food questionnaires every two to four years. With each food questionnaire, participants were asked to estimate how often they consumed nuts in a serving size of one ounce.

“The most obvious benefit was a reduction of 29 percent in deaths from heart disease — the major killer of people in America,” said Charles S. Fuchs, MD, MPH, director of the Gastrointestinal Cancer Center at Dana-Farber, who is the senior author of the report. “But we also saw a significant reduction — 11 percent — in the risk of dying from cancer,” added Fuchs, who is also affiliated with the Channing Division of Network Medicine at Brigham and Women’s.