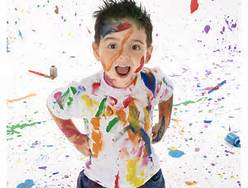 The United States is currently in a crisis where the incidence of ADHD diagnoses and the treatment with prescribed medication has sharply risen. ADHD is diagnosed at a 42% increased rate. Attention-deficit/hyperactivity disorder (ADHD) is one of the most common diagnosed neuro-behavioral disorders of childhood, characterized by trouble paying attention and/or controlling impulsive behaviors.

A Center for disease study (CDC) study published in the Journal of the American Academy of Child and Adolescent Psychiatry (JAACAP) found that approximately two million more children in the United States (U.S.) have been diagnosed with attention-deficit/hyperactivity disorder (ADHD) between 2003-04 and 2011-12. An estimated one million more U.S. children were taking medication for ADHD between 2003-04

Parents report that one in five high school boys and one in 11 high school girls in the U.S. were reported by their parents as having been diagnosed with ADHD by a healthcare provider. The study used data from the 2011-2012 National Survey of Children’s Health (NSCH) used to calculate estimates of the number of children in the U.S. ages 4-17 that, according to a parent, had received a diagnosis of ADHD by a healthcare provider and were currently taking medication for ADHD.

The CDC statistics reflect the following:

“This finding suggests that there are a large number of young children who could benefit from the early initiation of behavioral therapy, which is recommended as the first-line treatment for preschool children with ADHD,” said Susanna Visser, of the Centers for Disease Control and Prevention, lead author of the study.

The study also determined that:

* Seven in 10 children (69 percent) with a current diagnosis of ADHD were taking medication to treat the disorder.

* Medication treatment is most common among children with more severe ADHD, according to parent reports.

* States vary widely in terms of the percentage of their child population diagnosed and treated with medication for ADHD. The percentage of children with a history of an ADHD diagnosis ranges from 15 percent in Arkansas and Kentucky to 4 percent in Nevada.