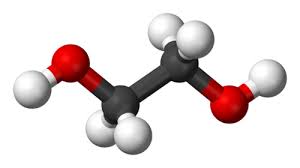 A new study, by the Institute of Experimental Immunology, published in the journal of Clinical Investigation, has revealed that a sugar structure in an antibody plays a role in the destruction of the body’s tissue.

Antibodies target foreign substances; in the case of immune disease they destroy the body’s tissues. Once the antibody binds to the cell surface, they can activate specific proteins, so-called complement factors, which can damage the cell membrane and thus kill the cell. Antibodies have both a protein and coupled sugar group.

The researchers determined that antibodies with a sugar structure called sialic acid, specifically occur in healthy people, compared to people suffering from autoimmune disease; indicating that they play a role in preventing autoimmune disease.

The research institute revealed with its findings that the coupling of sialic acid to antibodies may be a new treatment strategy for autoimmune disease.

“We observed that patients suffering from an autoimmune disease felt better the more sialic-acid-carrying antibodies they had in their blood,” said Isaak Quast, a doctoral student in Lünemann’s group and the study’s first author.

“We managed to demonstrate that antibodies containing the sugar sialic acid only destroy the body’s own cells to a very limited extent. Our data indicates that the coupling of sialic acid to antibodies might be a potential strategy in treating patients with autoimmune diseases,” said Lünemann.