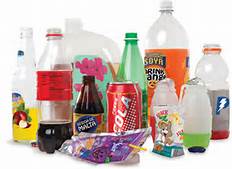 The California senate On Thursday approved SB 1000 on a 5-2 vote. Senator Bill Monning introduced the legislation to increase public awareness on the link between sugary drink consumption and the exploding rates of diabetes.

“Consumers have a right to know about the adverse health effects of frequent sugary drink consumption,” stated Senator Monning. “SB 1000 does exactly what the beverage industry has long said we should do – educate the public – and this is the appropriate public health response to the scientifically proven risks that liquid sugar poses to the public’s health. The bill is a common sense measure that is overwhelmingly supported by the public.”

The point of SB1000 is to place a warning label on all beverage containers with added sweeteners that have 75 or more calories per 12 ounces. The label would read: STATE OF CALIFORNIA SAFETY WARNING: Drinking beverages with added sugar(s) contributes to obesity, diabetes, and tooth decay.

“Science has conclusively shown that the jolt of liquid sugar delivered by a soda and other sugary drinks plays a unique and leading role in driving both diabetes and obesity epidemics. The average American is drinking nearly 45 gallons of these products a year, with little understanding of just how much damage they do to their health,” said Dr. Harold Goldstein of the California Center for Public Health Advocacy. “It’s irresponsible to sell such risky products without properly warning consumers of the threats they face.”

“I see more and more patients losing limbs or going blind every year, and many of them drink a soda a day unaware just how hazardous the habit is to their health,” said Dr. Ashby Wolfe of the California Medical Association. “Diabetes rates have skyrocketed by over 600 percent over the past generation and liquid sugar is uniquely responsible for this epidemic. Warning labels are a vital step toward preventing a lot of trouble down the road.”

SB 1000 now moves to the Senate Committee on Appropriations for consideration.