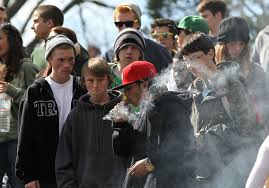 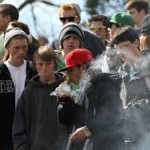 Teenagers are particularly vulnerable to the adverse health impact of long term marijuana use. A new study by Northwestern’s Feinberg School of Medicine has attempted to define the resulting damage in teens.

The participants were in their early twenties at the time of the study and had been marijuana-free for an average of 2 year. The research subjects had self reported that those who used Marijuana did not use any other drugs and reported using marijuana every day for an average of 3 years beginning at the age of 16 or 17.

Participants in the study took a “narrative memory test,” in which they were required to listen to a series of 1-minute stories and then recall as much content as possible 20-30 minutes later. Overall, the former cannabis users performed 18% worse on memory tests than healthy control subjects. Participants with schizophrenia who had used marijuana in their teenage years were found to perform about 26% more poorly on these tests than peers who had never used marijuana.

“The memory processes that appear to be affected by cannabis are ones that we use every day to solve common problems and to sustain our relationships with friends and family,” said senior author Dr. John Csernansky, the Lizzie Gilman professor and chair of psychiatry and behavioral sciences at Northwestern University Feinberg School of Medicine and Northwestern Memorial Hospital.

The longer the individuals were chronically using marijuana, the more abnormal the shape of their hippocampus. “It is possible that the abnormal brain structures reveal a pre-existing vulnerability to marijuana abuse,” Matthew Smith the lead study author said. “But evidence that the longer the participants were abusing marijuana, the greater the differences in hippocampus shape suggests marijuana may be the cause.”