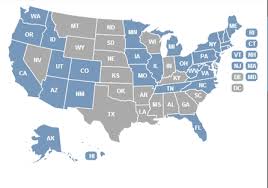 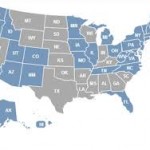 In the United States the majority of states in response to consumer demand have drafted some sort of legislation that addresses the genetically modified labeling issue. Connecticut was the first state in 2003, to approve legislation requiring labeling of genetically modified food. Maine approved legislation this year. But there is a twist to the labeling efforts in these states. The Maine law goes into effect when at least five contiguous states (including Maine) adopt similar legislation. The Connecticut law will take effect once a combination of Northeastern states with at least 20 million residents endorses similar legislation. In both cases, the trigger clauses are designed to protect the state from becoming the lone target in any lawsuit challenging the legislation.

In the year 2014, 67 GMO labeling bills have been introduced in 25 different states, with several legislative committees approving a GMO bill. They include California, Colorado, Illinois, New York, Utah and Vermont. Other states with pending legislation include Missouri, Minnesota and Rhode Island. In Arizona, Colorado, Florida, Hawaii and Oregon efforts are underway to put the question on the ballot.

In the past the majority of state labeling efforts have failed due to the price tag associated with defending the state against costly law suits. Before Maine implemented its GM bill acted, state Attorney General Janet Mills said she warned lawmakers in a 10-page memo that the GMO bill would certainly face significant legal challenges if enacted and that defending it would be costly. “Without even reading my memo, they went into the back room, caucused 10 minutes and came back out and unanimously passed it. That is how effective I am in my legislature,” she said.

Connecticut Attorney General George Jepsen cautioned that he had to be careful what he said because he might be defending his state’s labeling law enacted last year. “I will defend its constitutionality with every effort. But let me put it this way: The year before (it was passed) there was very, very healthy, strong opposition to the bill,” he said.

Referring to last year’s effort that pushed the labeling measure through, Jepsen said, “In all my years in politics seldom have I seen a grass-roots movement that was so thorough and so effective in changing the status quo.” Jepsen served 16 years in the statehouse, including six years as Senate majority leader.

Legislation also is moving in Vermont this year. “It might well be that Sorrell who ‘loses the big cases before the U.S. Supreme Court’ is going to be there again on this,” Vermont’s attorney general said, referring to himself.

In other cases before the U.S. Supreme Court, Vermont has spent up to $5 million in attorney fees. “In a state with a population of 620,000, that’s real money,” Sorrell said. On the labeling front, the state has not had good luck in court: Vermont had a law requiring the labeling of bovine growth hormones, but it was struck down in federal court in 1996.

In response to individual states requesting the ability to protect their consumers in response to overwhelming consumer demand a campaign spearheaded by the Grocery Manufacturers Association and the Coalition for Safe Affordable Food, (comprised of that group and other food producers), supports a federal labeling requirement, but only if the U.S. Food and Drug Administration determines there is a health or safety risk to GMOs.

“That approach will eliminate consumer confusion, avoid an unnecessary and confusing 50-state patchwork of GMO labeling laws and provide consumers with confidence in the safety of the food supply,” said Brian Kennedy, a spokesman for the Grocery Manufacturers Association. Critics of the coalition warn that it does not solve the labeling debacle and removes the power from individual states to react to their constituents.