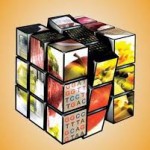 There is a growing trend to encourage plant based diets based on their positive environmental and health impact and to combat obesity which affects 35% of all American adults. Health costs associated with obesity and loss of productivity are estimated at $73 billion each year. A new study by the Physicians Committee for Responsible Medicine suggests that a plant based diet can boost employee productivity and reduce anxiety, depression and fatigue.

A company (insurance firm Geico) was used as study model and employees who had type 2 diabetes and a body mass index of 25 or above were placed on a low fat diet, low-glycemic, high-fiber vegan diet. The employee cafeteria menu featured vegetable hummus sandwiches, seasonal leafy green salads, black bean chili and various fruits and vegetables rich in vitamins and minerals during the study period. Informative nutritious sessions were also held on a weekly basis that encouraged employees to acquire new cooking skills and learn more about healthy food. A short form health survey and work productivity and impairment questionnaire was used to measure anxiety, depression, fatigue and general health.

The study findings revealed that the research participants lost an average of 10 lb and experienced a 13-point drop in low-density lipoprotein (LDL) cholesterol, as well as improved blood sugar control. Specific food items such as brown rice, oats and rye bread were also linked to regulating levels of serotonin in the brain and improved mood, fatigue and depression.

“The same foods that curb the risk for obesity, heart disease and diabetes may help boost overall mood,” said study author Dr. Neal Barnard. “In the evolving landscape of neurological research, a plant-based diet may help in treating symptoms of anxiety and depression.”

“Helping employees improve their health through a plant-based dietary intervention is a win-win situation for employees and the company. Who doesn’t want to feel great, increase energy and maximize productivity in the process?”

The Dietary Guidelines Advisory Committee (DGAC) has also released a 571-page report detailing their recommendations to the Department of Health and Human Services (HHS) and the US Department of Agriculture (USDA). The report recommends the adoption of plant-based diets, (vegan, vegetarian and Mediterranean), based on the pervasive positive health impact and impact on the environment.