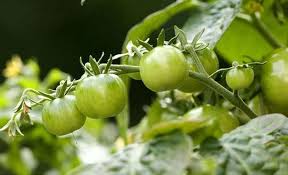 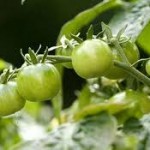 Move over Spinach; tomatoes are emerging as a muscle building agent capable of building muscles and protecting against muscle atrophy. Researchers from the University of Iowa have identified tomatidine, a compound in green tomatoes, that causes changes in gene expression that that are essentially opposite to the changes that occur in muscle cells when people are affected by muscle atrophy. It is produced when alpha-tomatine, which is found in tomato plants and in green tomatoes in particular, is digested in the gut.

Muscle atrophy is a serious condition caused by a number of factors including aging, a variety of illnesses and injuries, including cancer, heart failure, and orthopedic injuries, to name a few. It weakens people causes fatigue, impairs physical activity and lowers quality of life. Approximately 50 million Americans annually are affected, including 30 million people over age 60, and often forces people into nursing homes or rehabilitation facilities.

“Muscle atrophy causes many problems for people, their families, and the health care system in general,” said Christopher Adams, M.D., Ph.D., UI associate professor of internal medicine and molecular physiology and biophysics. “However, we lack an effective way to prevent or treat it. Exercise certainly helps, but it’s not enough and not very possible for many people who are ill or injured.”

After isolating the tomatidine it was added to diet of mice, when it was determined that tomatidine stimulates growth of cultured muscle cells from humans. The results reflect that healthy mice supplemented with tomatidine grew bigger muscles, became stronger and could exercise longer. And, most importantly, they found that tomatidine prevented and treated muscle atrophy.

“Green tomatoes are safe to eat in moderation. But we don’t know how many green tomatoes a person would need to eat to get a dose of tomatidine similar to what we gave the mice. We also don’t know if such a dose of tomatidine will be safe for people, or if it will have the same effect in people as it does in mice,” Adams says. “We are working hard to answer these questions, hoping to find relatively simple ways that people can maintain muscle mass and function, or if necessary, regain it.”