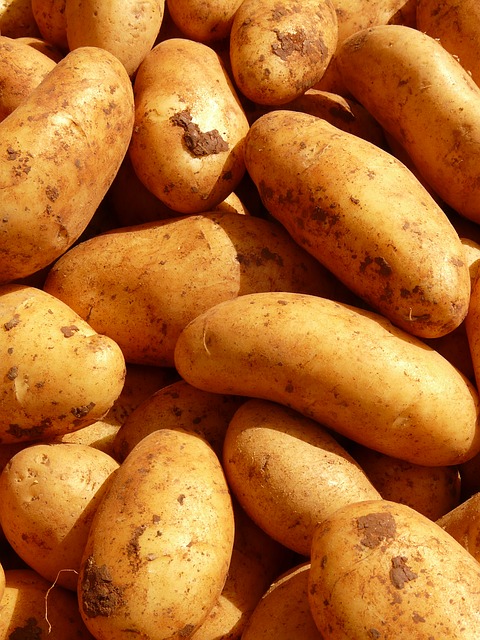 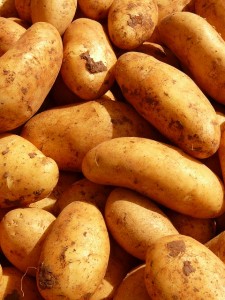 The Sárvári Research Trust, in North Wales led by Dr. David Shaw, has developed a new non GMO blight resistant potato. Blight is caused by Phytophthora infestans, the microscopic, fungus-like pathogen responsible for late blight on potatoes. For the past decade, David and his team have developed a range of ‘superspuds‘ with the potential to transform how we think about, talk about and tackle potato blight.

Since 2002 the trust has been developing, using conventional, non-GM breeding techniques, a range of truly blight-resistant potatoes first bred by the Hungarian Sárvári family. These remarkable varieties, known as Sárpos (pronounced ‘sharpo’) are grown by thousands of gardeners who have waved goodbye to blight and the corresponding use of pesticide to control blight. There are seven Sárpos available, in red, white and blue, with more on the way (not all have the Sárpo prefix).

The first and perhaps most iconic of the Sárpos to reach UK gardens is ‘Sárpo Mira’, a red-skinned ‘maincrop’ which crops well even in poor soil, has good slug resistance and stores for months. It’s now the industry benchmark against which other resistant varieties are measured. White-skinned and waxy ‘Kifli’, another maincrop, has good ‘new potato’ flavor, while ‘Blue Danube’ has purple-blue skin surrounding bright, white flesh and is, says David “a brilliant roaster”.

Gardeners in the UK have a unique opportunity to develop the next blight resistant superspud as David and his non profit have opened their doors by involving gardeners and others directly in their ongoing work. They have launched a “crowd fund” project where gardeners can chip in and in return they will receive trial tubers of a new and unnamed variety to grow and taste test.