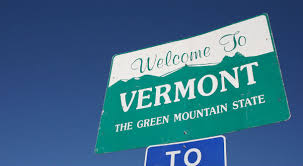 The momentum behind Vermont’s genetically engineered (GE) labeling bill continues. On the 23rd of April the State legislature passed the bill with an overwhelming majority of 114-20 votes. The Vermont labeling bill (H. 112) is the first bill that will go into effect independent of actions by other states. GE labeling bills in Connecticut and Maine have required that a certain number of states enact similar legislation before they would take effect.

The next step is that Governor Shumlin is expected to sign the bill making the law effective from July 1st 2016. Governor Shumlin has expressed no opposition to the bill and indicated that he would sign it if passed.

The Center for Food Safety has been instrumental in the bill labeling efforts and drafted the bill with input from state representatives. “This is an historic day for the people’s right to know. It is now very clear that federal labeling of genetically engineered foods is going to happen in the foreseeable future,” said Andrew Kimbrell, executive director for Center for Food Safety (CFS).

“The people and legislators of Vermont have taken a tremendous step forward in allowing their citizens to know what is in their food. All families deserve this simple right to know,” said Rebecca Spector, who heads state labeling efforts at Center for Food Safety. “We congratulate all of the activists and lawmakers in Vermont who made this victory possible.”

“Should the industry try to challenge this law, Center for Food Safety will be there to help defend it and we are confident that it would survive any such challenge,” added Kimbrell.