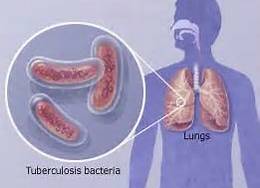 UCLA researchers have published a ground breaking study correlating the influence of vitamin A on Tuberculosis, (TB). The researchers described the mechanism by which vitamin A and a specific gene assist the immune system by reducing the level of cholesterol in cells infected with TB. The TB bacteria uses cholesterol as a nutrient sources during intracellular growth and chronic infection.

“If we can reduce the amount of cholesterol in a cell infected with tuberculosis, we may be able to aid the immune system in better responding to the infection,” said senior author Philip Liu, an assistant professor of medicine in the divisions of dermatology and orthopedic surgery at UCLA’s David Geffen School of Medicine and Orthopaedic Hospital Research Center. “Understanding how nutrients like vitamin A are utilized by our immune system to fight infections may provide new treatment approaches.”

Vitamin A has both an an inactive and active form. The active form, reinoic acid, is responsible for activating the immune system. The UCLA researchers determined that only vitamin A decreased the cells’cholesterol levels with the assistance of a gene called NCP2. If the gene was not expressed vitamin A had no impact on the tuberculosis bacterium.

The TB bacteria in a cell is supplied with cholesterol through lysosomes, which are compartments in a cell. If the lysomome is full of cholesterol, it supplies the bacteria with needed nutrition instead of killing it.

Vitamin A induces the cell to express NPC2, which helps the cell to eradicate cholesterol from the lysosomes so the TB bacteria is unable to access it. This allows the lysomomes to effectively kill the bacteria.

“The cells need vitamin A to trigger this defense process and NPC2 to carry it out,” said co-first author Matthew Wheelwright. “We may be able to target these pathways that regulate cholesterol within a cell to help the immune system respond to infection.”