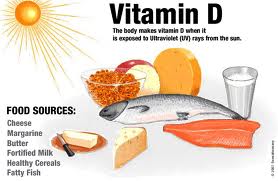 The research team of Dr. Susan Gonzalo published the finding of a molecular pathway that contributes to triple-negative breast cancer. This type of cancer is generally deadly and treatment resistant and women who are born with BRCA1 gene mutations are at increased risk for developing breast and ovarian cancer. Most of the tumors that develop are of the triple negative type as they lack the expression of three receptors: estrogen, progesterone and HER2, and are non responsive to hormone therapy.

The team identified Vitamin D and protease inhibitors as new therapies having an effect on turning off the newly identified molecular pathways.

The BRCA1 gene is a well known tumor suppressor gene. Women who carry mutations in this gene have a high risk of developing breast and ovarian cancer.

BRCA1 is a vital gene as it is involved in repairing DNA double-strand breaks; DNA damage that is especially dangerous for the integrity of our genome. BRCA1 also is involved in the cell’s checks and balance after damage, which are control mechanisms during cell proliferation that make sure the DNA information has been accurately replicated and transferred to the daughter cells. The BRCA1 gene could be considered the safeguard gene in the tumor process.

A mutation in the BRCA1 gene results in genomic instability characterized by unrepaired DNA breaks and chromosomal aberrations that compromise cell viability. The question as to how BRCA-1 mutated cells form tumors has been a topic of intense debate. Researchers recently revealed that the lack of another DNA repair factor, 53BP1, allows the generation and survival of BRCA1-deficient cells with decreased levels of 53BP1 observed in triple-negative breast cancers.

The molecular pathway that Dr. Gonzalo’s team has found is responsible for the loss of 53BP1 in breast cancers that consist of the BRCA1 mutated gene type and those that are considered the triple-negative cancer type. Ineffective gene expression of the BRCA1 gene due to mutations increases the expression of a cathepsin L, a protease which causes the degradation of 53BP1.

Dr. Gonzalo’s team has published prior research showing that vitamin D inhibits cathepsin L related degradation of 53BP1 in non-tumor cells. In this study they determined that treatment of BRCA1 deficient tumor cells with vitamin D, restored high levels of 53BP1, resulting in increased genomic stability and reduced tumor cell replication. They also determined that vitamin D had an impact on restoring the sensitivity of tumor inhibitors and that a combination of both vitamin D and inhibitors could represent a new treatment strategy for high risk, previously untreatable breast cancers.