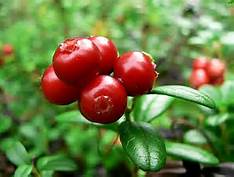 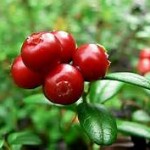 A new study has determined that a certain type of berry prevents weight gain. The berry is called the lingonberry and trumps all other berries examined including bilberry, raspberry, crowberry, blackberyy, prune, blackcurrant or acai berry, but is only available in Sweden and is the first study using this berry.

The mice used as a model where fed either a low fat or high fat diet and divided into groups where everyone was fed a type of berry.

The ligonberry after a three month period produced the best results with lack of weight gain and their blood sugar and insulin readings were similar to those of the ‘low-fat’ mice. Their cholesterol levels and levels of fat in the liver were also lower than those of the animals who received a high-fat diet without any berries.

Blackcurrants and bilberries also produced good effects, although not as pronounced as the lingonberries. The açai berries, performed the worst a surprise as the researchers wanted to examine how well the Nordic berries would do in comparison with the Brazilian ‘super berry’.

“Instead, the opposite happened. In our study, the açai berries led to weight gain and higher levels of fat in the liver,” said Karin Berger, diabetes researcher at Lund University.

“Up to 20 % of our mice’s diet was lingonberries. It isn’t realistic for humans to eat such a high proportion. However, the goal is not to produce such dramatic effects as in the ‘high-fat’ mice, but rather to prevent obesity and diabetes by supplementing a more normal diet with berries,” said Karin Berger.