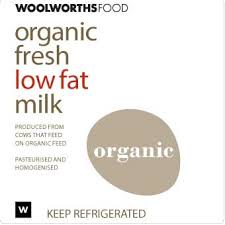 Grass, a South African consumer action group, revealed that Woolworths dairy product do not live up the marketing hype. The company advertises its producs as being produced by cows that roam freely and graze in pastures and labels dairy products as organic.

The consumer action group investigated Woolworths claims and sent Woolworths a dairy commitment list lat year asking them to address concerns over dairy farms and the marketing of their organic produces which depict happy cows frolicking and grazing in fields.

In response Woolworth removed the happy cow ad from circulation. Grass continued with their investigation and questioned the authenticity of Woolworths’ milk label which states: “Ayrshire milk is as nature intended”.

Woolworths again in response switched their marketing slogan to “loved cows”, with a picture of a cow bearing a heart and the Woolworths dairy team conceded that only half of the cows in question live in a pasture environment. The remainder live in bars and are fed with supplemental feed that contain genetically modified products. Calves are separated from their mothers after three days.

Based on the information received by Woolworths, NONE of the cows that produce Woolworths Organic fresh milk roam freely or graze in organic pastures. Woolworths explained their misleading advertising by claiming that their organic cheese was produced on pasture-based farms in the cooler Cape, which has a higher rainfall and that their labeling does not reflect farming conditions.

Consumers can obtain their organic milk from local farm producers in the area. If you would like to send Woolworths a message and ask them to please commit to selling milk from cows that DO roam freely & graze in pasture – you can e-mail custserv@woolworths.co.za and cc GRASS at media.team@activist.co.za. Alternatively tweet your outrage to Woolworths at @WOOLWORTHS_SA or @WoolworthsGBJ and tag @GrassAction and @Travelwrite1