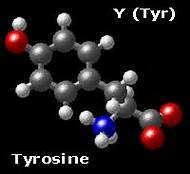 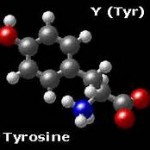 Tyrosine is an amino acid that has been linked to enhanced reflexes in a new German study published in the journal Neuropsychologia. Tyrosine is found in spinach, eggs, cottage cheese and soya.

The adage you are what you eat holds true for food substances that can impact on behavior.

A collaborative study between Researchers at Leiden University and the University of Amsterdam have found that Tyrosine enhances a person’s ability to stop activities at lightning speed. The test subjects had two sessions in the test lab. On one occasion they were given orange to drink that contained tyrosine, and on the other occasion the orange juice contained a placebo. The tests showed that the candidates performed better on the stopping task if they had drunk the juice with tyrosine.

Lorenzo Colzato the study author extrapolated the results of the study further: “Tyrosine food supplements and tyrosine-rich food are a healthy and inexpensive way of improving our intellectual capabilities. This makes them preferable to Ritalin and Modafinil, products that students often reach for to improve their academic performance. Tyrosine is safe and doesn’t need a doctor’s prescription.”