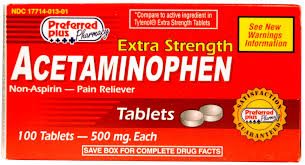 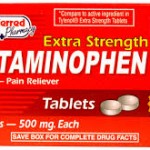 A study published in the journal Annals of the Rheumatic Diseases has highlighted that the use of acetaminophen is associated with previously unknown negative health effects.The mechanism of the painkiller is still poorly understood, although it is one of the most widely used over-the-counter and prescription painkiller in the world.

The study consisted of a review of eight existing studies by the Leeds Institute of Rheumatic and Musculoskeletal Medicine in the UK investigating the association between acetaminophen use and the corresponding adverse health effects.

Two of the studies investigated risk of death associated with acetaminophen use, and one of them found an increased relative rate of mortality among people who had been prescribed the drug compared with people who had not. Four of the studies found an increased risk of adverse cardiovascular events to be linked with acetaminophen use, four studies reported adverse renal events, and one study found a link with adverse gastrointestinal events.

A dose dependent response was consistent across the reviewed studies with the adverse events that are typically associated with other NSAIDs, including incidence of mortality and cardiovascular, gastrointestinal and renal adverse events.

The researchers point out that the risk associated with these adverse events remain small; however, they warn that Prescribers need to be aware of patients’ individual responses to [acetaminophen] and the observed increased toxicity with regular and higher dosing within standard analgesic dose ranges.