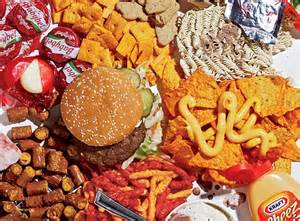 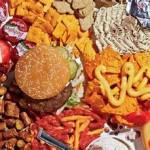 A new study suggests that there is hope and specified that it may be possible to reverse the addiction to unhealthy food.

The research published in the journal Nutrition & Diabetes, through a collaboration by scientists at the Jean Mayer USDA Human Nutrition Research Center on Aging at Tufts University and at Massachusetts General Hospital, revealed that it is possible to reverse the addictive power of unhealthy food while also increasing preference for healthy foods.

“We don’t start out in life loving French fries and hating, for example, whole wheat pasta,” said senior and co-corresponding author Susan B. Roberts, Ph.D., director of the Energy Metabolism Laboratory at the USDA HNRCA. “This conditioning happens over time in response to eating — repeatedly! — what is out there in the toxic food environment.”

Previous research suggests that once unhealthy food addiction circuits are established and the relevant metabolic pathways have changed that it may be impossible to reverse.

The current study suggests that the brain can be re-trained to accept healthy food choices.
Two study groups participated and underwent magnetic resonance imaging brain scans (MRI) at the beginning and end of a six month period. Brain changes took place in areas of the brain associated with learning and addiction. After six months, this area had increased sensitivity to healthy, lower-calorie foods, indicating an increased reward and enjoyment of healthier food cues. The area also showed decreased sensitivity to the unhealthy higher-calorie foods.

“The weight loss program is specifically designed to change how people react to different foods, and our study shows those who participated in it had an increased desire for healthier foods along with a decreased preference for unhealthy foods, the combined effects of which are probably critical for sustainable weight control,” said co-author Sai Krupa Das, Ph.D., a scientist in the Energy Metabolism Laboratory at the USDA HNRCA and an assistant professor at the Friedman School. “To the best of our knowledge this is the first demonstration of this important switch.”

The authors suggest that several features of the weight loss program were important, including behavior change education and high-fiber, low glycemic menu plans.