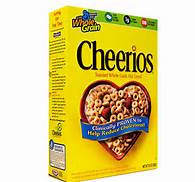 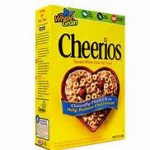 Discrimination is alive and well in the U.S. cereal world. GMO inside released its annual social responsibility report which addresses the fact that General Mills does not provide American consumers with what they want, namely a GMO free environment. The report can be accessed here: http://pubs.greenamerica.org/i/193101

However, in response to European demand General Mills offers GMO free cheerios to its European customers as the cereal does not contain genetically modified ingredients. General Mills addresses this briefly in their Global Responsibility Report for 2013: “As a consumer-focused company, GM tries to deliver what consumers what and need. For that reason, products we produce for Europe do not use genetically modified ingredients.”

One can only assume that the European Union’s strict and mandatory labeling of all genetically modified foods has something to do with the decision to market GM free foods. In contrast to the FDA which has declined to take action despite numerous public health risk concerns, the EU has strict labeling laws updated in 2000 and 2003 and enforces a strict safety assessment on a case by case basis for any GMO food.

Americans need to publicly campaign to stop the discrimination against their national status and mandate that companies offer GMO free products to them as well, not just their European counterparts.