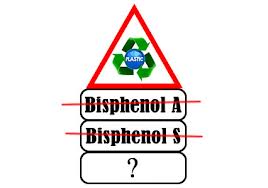 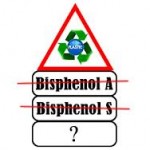 Bisphenol A, referred to as BPA, is used pervasively in plastic products. In response to consumer demand BPA is being gradually replaced with bisphenol S (BPS), which is often marketed as Bisphenol A free.

Recent studies have raised concerns regarding the adverse health impact of BPS which mirrors the problems associated with BPA. A new study published in the Proceedings of the National Academy of Sciences (PNAS)has confirmed those concerns, finding that both BPA and BPS at low doses cause alterations in brain development leading to hyperactivity in zebrafish.

Zebrafish are a widely used research model as 80 per cent of the genes found in people have a counterpart in zebrafish and possess very similar developmental processes as humans.

The study consisted of exposing zebrafish embryos to concentrations of the chemicals at levels found in the Bow and Old Man rivers of Alberta, Canada. Exposure to BPA and BPS in this manner changed the timing when neurons were formed in the brains of the zebrafish, resulting in an increased number of neurons generated. Compared to unexposed fish neurons in the developing zebrafish brains increased by 180 per cent. BPS increased the number of neurons by 240 per cent in similar experiments. The result was a change in behavior, with the fish exhibiting greater hyperactivity later in life.

“These findings are important because they support that the prenatal period is a particularly sensitive stage, and reveals previously unexplored avenues of research into how early exposure to chemicals may alter brain development, ” said Kinch.
“In the second trimester, brain cells become the specialized neurons that make up our brain. What we show is that the zebrafish exposed to BPA or BPS were getting twice as many neurons born too soon and about half as many neurons born later, so that will lead to problems in how the neurons connect and form circuits,” said Kurrasch, a member of the Alberta Children’s Hospital Research Institute and the department of medical genetics.

“Finding the mechanism linking low doses of BPA to adverse brain development and hyperactivity is almost like finding a smoking gun,” said Habibi, a professor of environmental toxicology and comparative endocrinology in the Faculty of Science.