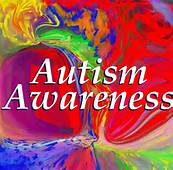 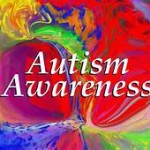 The research is the first of its kind to show that changes in gut bacteria can influence autism like behavior in a mouse model. Prior research has demonstrated social and emotional behavior.

“Traditional research has studied autism as a genetic disorder and a disorder of the brain, but our work shows that gut bacteria may contribute to ASD-like symptoms in ways that were previously unappreciated,” says Professor of Biology Sarkis K. Mazmanian. “Gut physiology appears to have effects on what are currently presumed to be brain functions.”

In order to investigate the effects of autism the researchers replicated a mouse autism model by infecting the maternal mice with a virus that triggers an infection like immune response which produces autism symptoms in their offspring. Prior studies have demonstrated that a viral infection in human mothers can produce autism symptoms in their children through pregnancy.

The offspring showed gastro intestinal disturbances linked to autism symptoms, incleading a leaky gut. A leaky gut allows material to pass through the intestinal wall and into the blood stream, a characteristic found in some autism individuals.

“To our knowledge, this is the first report of an animal model for autism with comorbid GI dysfunction,” says Elaine Hsiao, a senior research fellow at Caltech and the first author on the study.

In order to confirm the gut to brain connection the researchers treated the mice with Bacteroides fragilis, a bacterium that has been used as an experimental probiotic therapy in animal models of GI disorders.

Not only was the leaky gut corrected but the charcteristic autistic behavior in the mice had changed, displaying a greater social interaction, reduced anxiety and were less likely to engage in repetive behavior.

“The B. fragilis treatment alleviates GI problems in the mouse model and also improves some of the main behavioral symptoms,” Hsiao says. “This suggests that GI problems could contribute to particular symptoms in neurodevelopmental disorders.”

“This probiotic treatment is postnatal, which means that the mother has already experienced the immune challenge, and, as a result, the growing fetuses have already started down a different developmental path,” Patterson a fellow study researcher said. “In this study, we can provide a treatment after the offspring have been born that can help improve certain behaviors. I think that’s a powerful part of the story.”