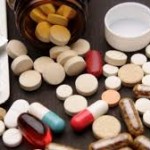 More and more causes of diabetes are emerging, many of them linked to altered gut bacteria and the ramifications on the immune system. A new study, published in the European Journal of Endocrinology, found that antibiotics increase the risk of diabetes.

The research team analyzed the number of antibiotic prescriptions given out in the UK to over 200,000 diabetics one year before they were diagnosed with the disease and compared it to 800,000 non-diabetic patients of the same age and sex.

The data reflected that patients prescribed with two courses of penicillins, cephalosporines, quinolones and macrolides were at higher risk of being diagnosed with type-2 diabetes. The risk increased substantially with the number of antibiotic courses prescribed. Those patients who were prescribed 2-5 courses of penicillins had a diabetes risk of 8%, while those patients had with more than five penicillin courses had an increased risk of 23%. For patients prescribed quinolones, (family of synthetic broad-spectrum antibacterial drugs), the diabetes risk increased by 15% among patients that were prescribed with 2-5 courses and by 37% for those with more than five courses.

“Gut bacteria have been suggested to influence the mechanisms behind obesity, insulin resistance and diabetes in both animal and human models”, said lead author of the study Dr Ben Boursi. “Previous studies have shown that antibiotics can alter the digestive ecosystem.”

“While our study does not show cause and effect, we think changing levels and diversity of gut bacteria could explain the link between antibiotics and diabetes risk”, said senior author Dr Yu-Xiao Yang.

“Over-prescription of antibiotics is already a problem around the world as bacteria become increasingly resistant to their effects” said Dr Boursi. “Our findings are important, not only for understanding how diabetes may develop, but as a warning to reduce unnecessary antibiotic treatments that might do more harm than good”.